ASCS Frontier ’22: a return to roots, but new plans and visions for future 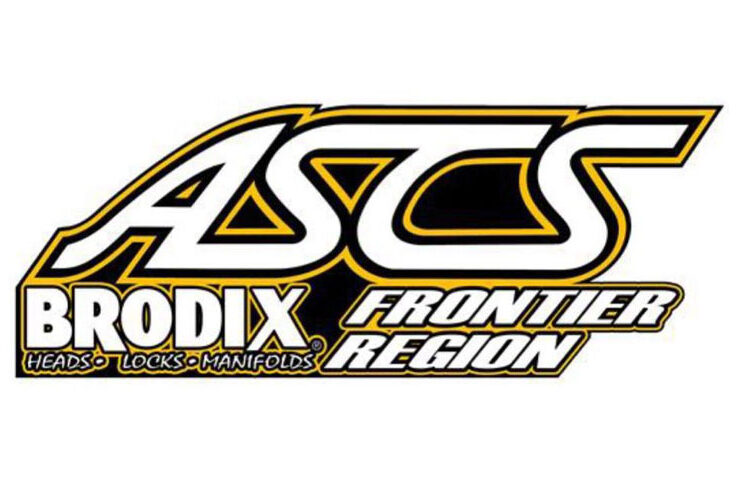 The 2022 schedule for the Brodix Frontier Region of the American Sprint Car Series was released on Wednesday, with 22 nights of racing scheduled at five different tracks in Montana, Wyoming and Utah. The schedule marks a shift for the winged 360 dirt sprint car series, which is returning to its Montana roots, but that’s just one of many things happening as the 2022 season approaches.

Electric City Speedway, which had not been on the schedule since 2018, returns to the fold. Along with Gallatin Speedway and Big Sky Speedway, Montana’s only dirt tracks will host a combined 18 events in 2022. The regional ASCS tour began as a Montana-based series in 2013, and was preceded by several other sanctions dating back several decades that had been based and mostly raced in Montana. Those tours, including the Montana Open Wheel Racing Association that ran throughout the 1980’s and 1990’s, often stepped out of state once or twice a year to change things up, with races held at various tracks in the neighboring states of Idaho, Wyoming and South Dakota over the years and even in Alberta, Canada back in the MOWRA days. The ASCS Frontier Region will continue that tradition with a run to Utah to open the season in May and its annual trip to Wyoming in August.

The series will again operate under Stagg Motor Sports, with businessman and racing enthusiast Josh Stagg entering his second full season running the series after taking over in mid 2020. Working with the tracks and his team, Stagg has a multiple long term agendas going into this season.

Thanks to the hard work of many, not only is the Montana 360 sprint car scene all under one roof again, but a solid foundation is being laid down for the future of the sport in Big Sky Country, with growing the Montana-based car count being one of the major focuses. With the costs of racing always being a concern, a solid 18 nights scheduled on the home front will allow Montana’s sprint car teams to get in a lot of racing without having to travel too much to do it, and hopefully encourage others sitting on the fence to bring their cars back out or even build new ones.

That said, the series isn’t turning away from the long distance travelers either. A number of teams from Wyoming, Utah and Colorado ran several races last year, and the top two in the points last year, series champion Logan Forler and points runner-up and series Rookie of the Year Tyler Driever, came from southern Idaho to run the entire season. They’ll be just as welcomed at the track as they were before. The series still anticipates its friends from down south running north to race with us several times again this year. Even though the series is going back to its Montana roots, the series will return the favor to those teams and head out of state a couple of times, as earlier stated above.

Desert Thunder Raceway in Price, Utah hosted the series for the first time last year. It was that track’s first time hosting a larger sprint car event, and series staff couldn’t help but notice how much the fans loved what they were watching. Things were learned by all parties involved and the ASCS Frontier Region is looking forward to an even better visit when it opens the season on May 20th and 21st with the Utah Sprint Car Clash. Meanwhile, Kara Beech and staff at Sweetwater Speedway in Rock Springs, Wyoming have been wonderful to work with. Sweetwater Speedway, which has been an ASCS Frontier Region stop since 2017, will host its annual two-night August event on the 12th and 13th when the series comes for the Wyoming Sprint Car Showdown.

The events at Price and Rock Springs are long tows for the teams from up north, and all the Montana races are long tows for anyone coming from down south. They’re all long tows for anyone coming from Idaho, the Dakotas, or the Pacific Northwest. One big thing that the ASCS Frontier Region is doing for 2022 is adjusting payouts to create guaranteed tow money for race teams. In the past, a car not starting the main event would get just $100. Now, a team perhaps having a really bad night from the start will get some tow money on top of that. For a struggling low dollar team, that extra money could be a significant help.

Main events in 2022 will be at least $1,200 to win, with several paying either $1,500 or $2,000 to the winner. The series and partner tracks, however, will be working toward finding sponsorships to create larger paying events down the line. There have been a few discussions in recent months about wanting to make Montana (and vicinity) a player in 360 sprint car racing and make special events in our area a circled date on every racer’s schedule. While we’re taking care of the low dollar racers with the extra tow money, we still want to attract a lot of the top racers when we can to create an even bigger show for our fans. Anyone interested in becoming a sponsoring partner of an ASCS Frontier Region sprint car event should contact ASCS Frontier Region staff or the tracks.

As stated recently, Stagg Motor Sports and the ASCS Frontier Region had started communication with tracks in neighboring areas with interest in working long term on a little schedule coordination for special events, looking mostly at 2023 and beyond. One move was already made for this season as July’s Big Sky 360 Nationals at Big Sky Speedway was bumped forward a week to July 15th and 16th to not conflict with the big $10,000-to-win Summer Nationals at Skagit Speedway in Washington on July 22nd and 23rd.

More information on the Frontier Region of the American Sprint Car Series, along with the Lucas Oil ASCS National Tour and other regional series, can be found online at www.ascsracing.com and on various social media, including Facebook. Stagg Motor Sports, the promoting company of the ASCS Frontier Region, can be found at www.staggmotorsports.com.

We’re thrilled to have Electric City Speedway in Great Falls, Montana back on board for the first time since 2018. Once again, the traditional three-day Montana Round-Up – one of the biggest sprint car events in Montana – will be the Friday, Saturday and Sunday of Labor Day weekend (September 2nd, 3rd and 4th) and expects to attract cars from around the region and beyond. In addition to that, we’ll have the Spring Round-Up for the first time on Memorial Day weekend, as we visit on Friday and Saturday, May 27th and 28th. A special two-night holiday summer event comes on Sunday and Monday, July 3rd and 4th that backs up a Friday show at Gallatin Speedway on Friday, July 1st. The 3/10-mile clay oval is Montana’s oldest operating dirt track, having opened in the 1950’s.

The 3/10-mile Gallatin Speedway in Belgrade, just outside Bozeman, Montana is the only track to have been a part of every ASCS Frontier Region season since the tour’s 2013 debut (note: the track never raced in 2020 because of COVID-19 restrictions locally but it was on the schedule before everything happened that year). The track, which has one of the best backdrops in racing since opening in 1998, has been central Montana’s longtime home for Friday night racing and will be so again in 2022, hosting four ASCS Frontier Region events this season. The series will first visit on Friday, June 10th. With the ASCS National Tour not visiting the area this year, the annual Grizzly Nationals will be a single night ASCS Frontier Regional event this time around on Friday, July 1, but will be teamed up with the Sunday and Monday holiday events up in Great Falls to create a three-race in four-night run for race teams local and out of town. The series comes back again on July 29th and on September 9th the ASCS Frontier Region sprint car series will again be the Friday show of the track’s annual Big Sky Supernationals. Kory Wermling and Logan Forler (twice) won Frontier Region events at Gallatin Speedway in 2021.

Big Sky Speedway, located just north of Billings, is once again a frequent stop for the ASCS Frontier Region, hosting seven events this year. Three times on a Saturday it backs up a Friday Gallatin Speedway program, hosting events on June 11th, July 30th and the 2022 ASCS Frontier Region championship night on September 10th. The aforementioned Big Sky 360 Nationals comes on Friday and Saturday, July 15th and 16th. The Harvey Ostermiller Memorial, honoring the beloved Montana sprint car pioneer, is a two-night event for the first time, coming on Friday and Saturday, August 19th and 20th. Both the Big Sky 360 Nationals and Harvey Ostermiller Memorial will be events to watch this summer. In 2021, Logan Forler (twice), Phil Dietz (twice) and Tyler Driever won ASCS Frontier Region events at Big Sky.

Desert Thunder Raceway became the first Utah track to host the ASCS Frontier Region sprint car series last year. The event was one of the biggest shows fans at the Price, Utah track had ever seen. The ASCS Frontier Region opens its 2022 campaign with the Utah Sprint Car Clash on Friday and Saturday, May 20th and 21st. Utah isn’t exactly known for sprint car racing so we hope to have a hand in helping change that and grow sprint car racing in the state. Trever Kirkland and Logan Forler won the two main events at the 3/8-mile dirt oval.

Sweetwater Speedway in Rock Springs, Wyoming has been a regular stop for the ASCS Frontier Region since 2017. The series had four scheduled nights in 2021, losing one of them to bad weather (the only rainout the series suffered). The series will return for its annual August visit on the 12th and 13th this season. Colby Thornhill, Tyler Driever and Garen Linder picked up main event wins at the big and fast 3/8-mile oval last year.